I’ve just started an interesting coaching assignment, working on voice, tone and pitch for a TV series. The actors involved have varying levels of ability.  The thing that makes it different from other recent assignments is that the script is written in two languages; one of which I don’t speak.

I might not be able to understand a word that is being spoken, but the principles involved in voice coaching are just the same.   In some ways it’s easier to spot basic errors; freed from the encumbrance of meaning.

5 REASONS WHY YOU SHOULD GET YOUR MESSAGE STRAIGHT 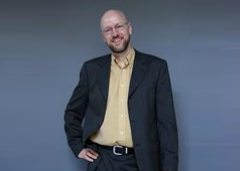